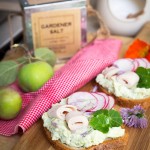 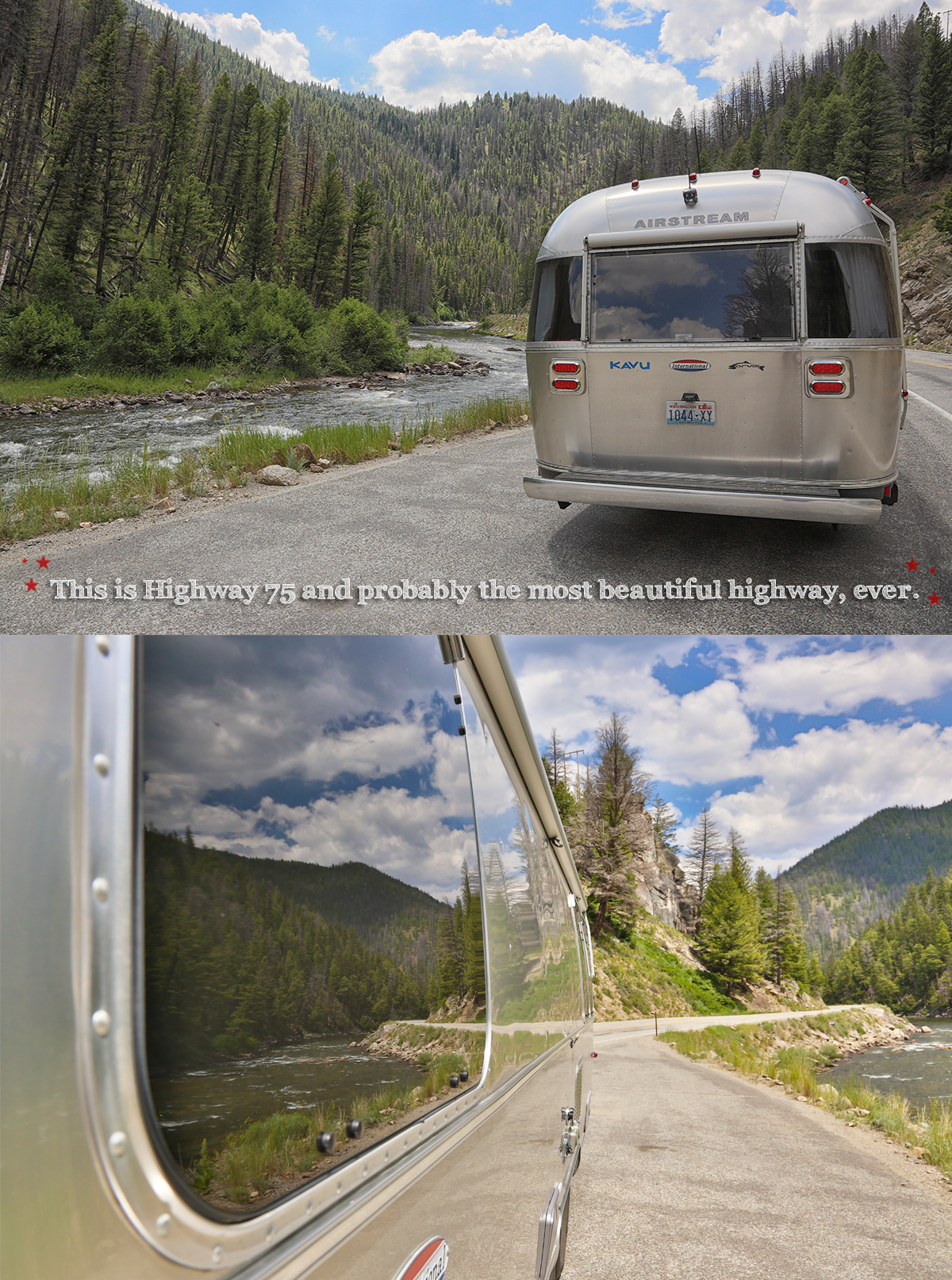 Located right in between Challis, ID and Stanley, ID — along the Salmon River off Hwy 75 is where you will find one of the most picturesque campgrounds ever.  It’s called the “Salmon River Campground,” and we could hardly believe our eyes at the sites here.  They are all big and spacious sites but best of all, they are located along the Salmon River.  Right there!  If you love fishing or just relaxing by a river — this is the place for you.

We could hardly wait to get our fishing gear on and get going down into the water . . . 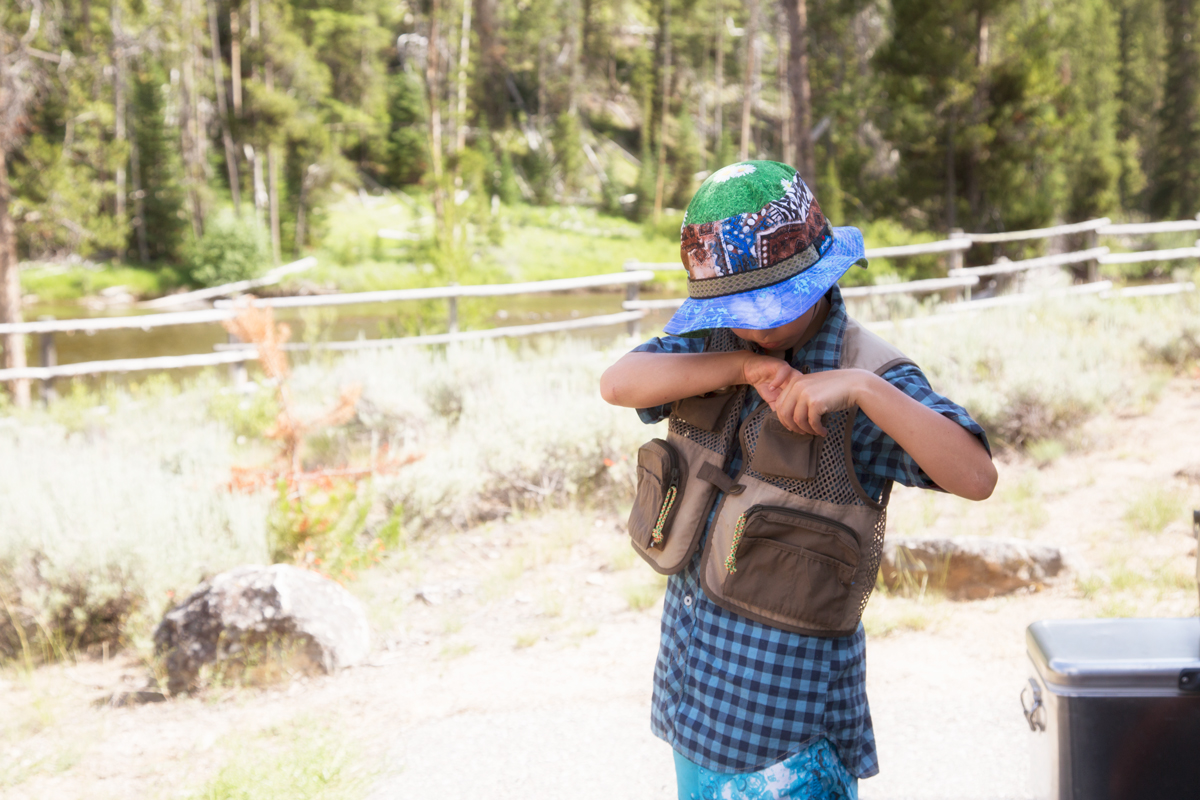 Of course we were all hungry so I took a break from fishing to come back up to the Airstream to make a snack/lunch of  tartines which consisted of ricotta with chopped basil, salt and pepper spread atop a piece of toasted bread.  I finished the tartines off with some turkey, crunchy radishes and some baby Nasturtium leaves and flowers.  Pretty and delicious, I thought . . . 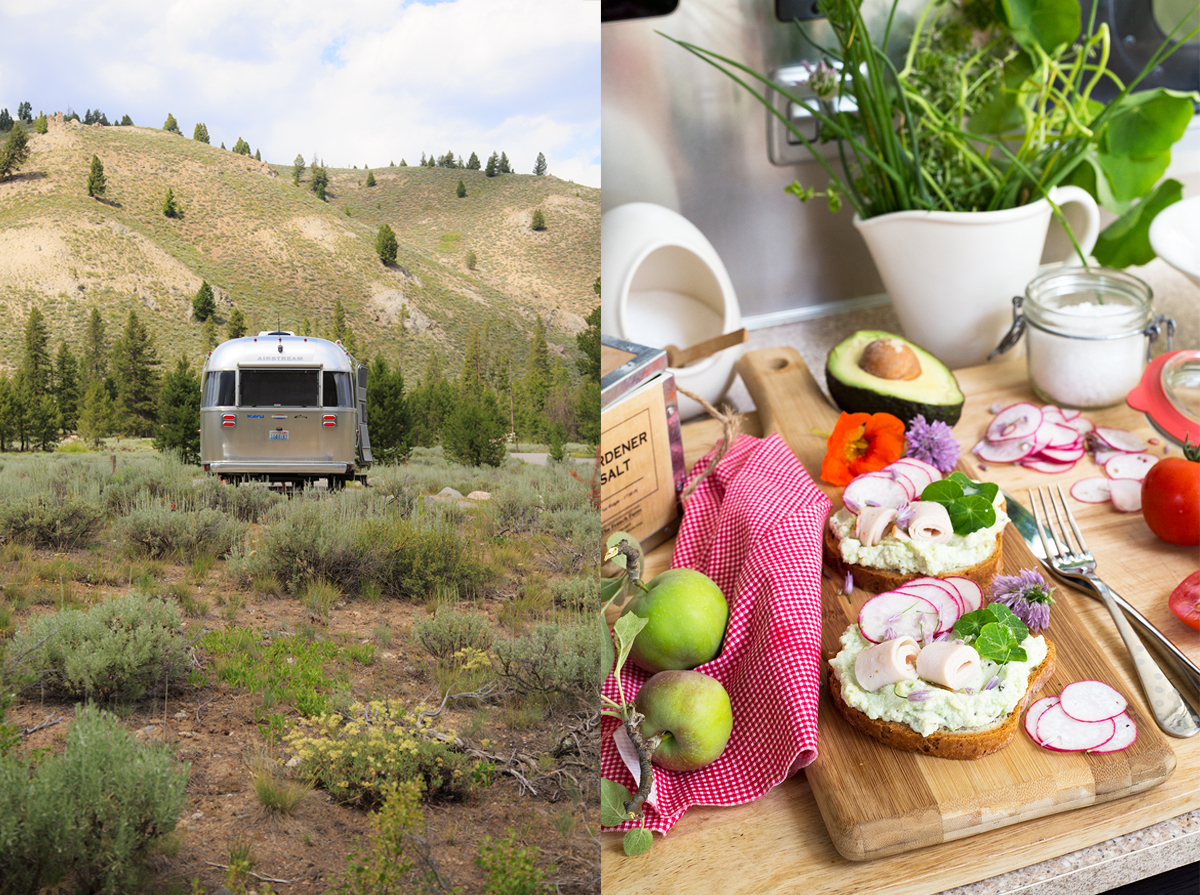 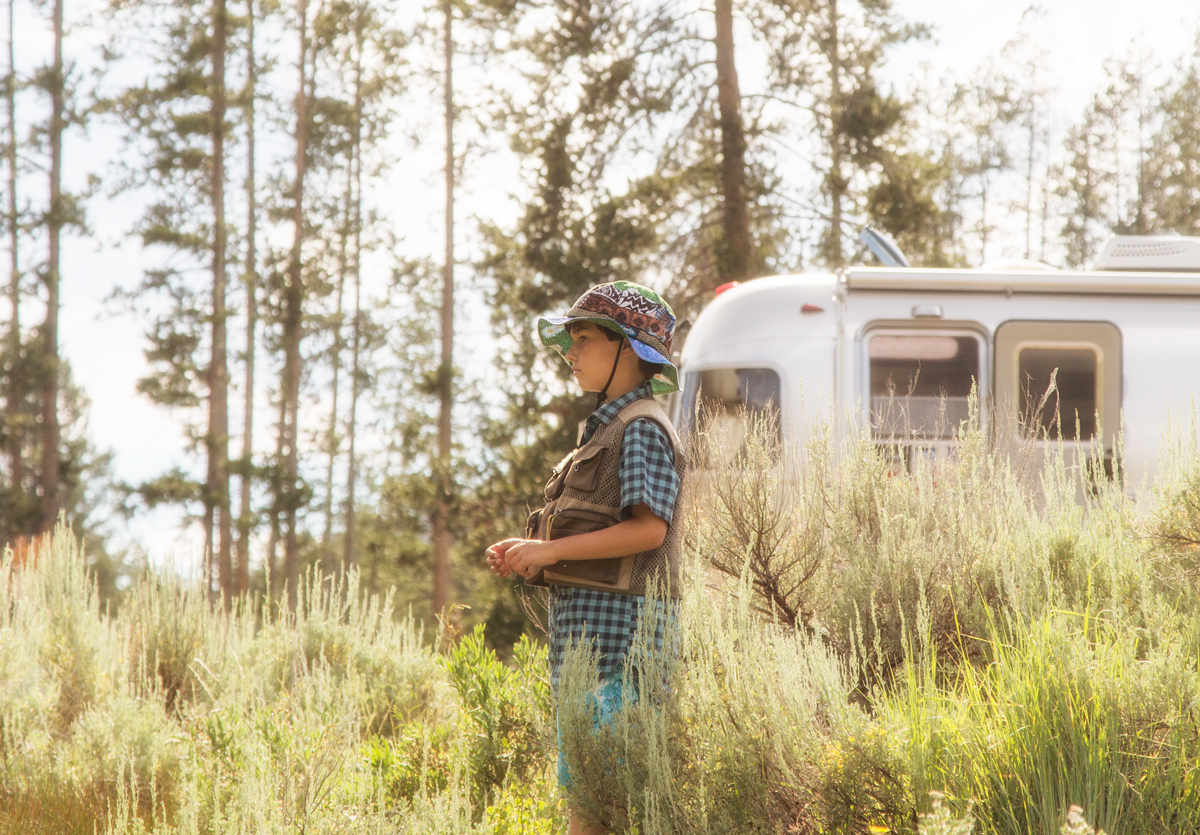 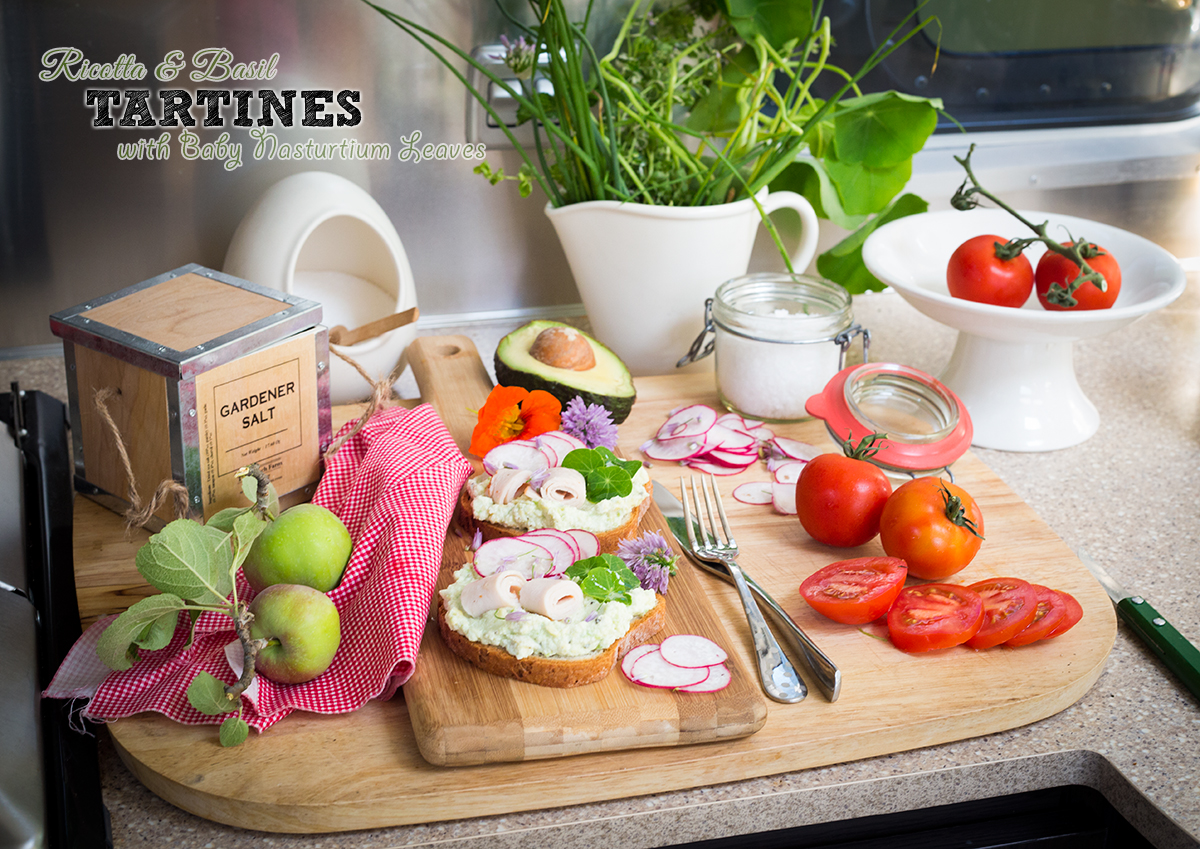 There was so much exploring to do here from the wildflowers to the river to the mountains beyond . . . 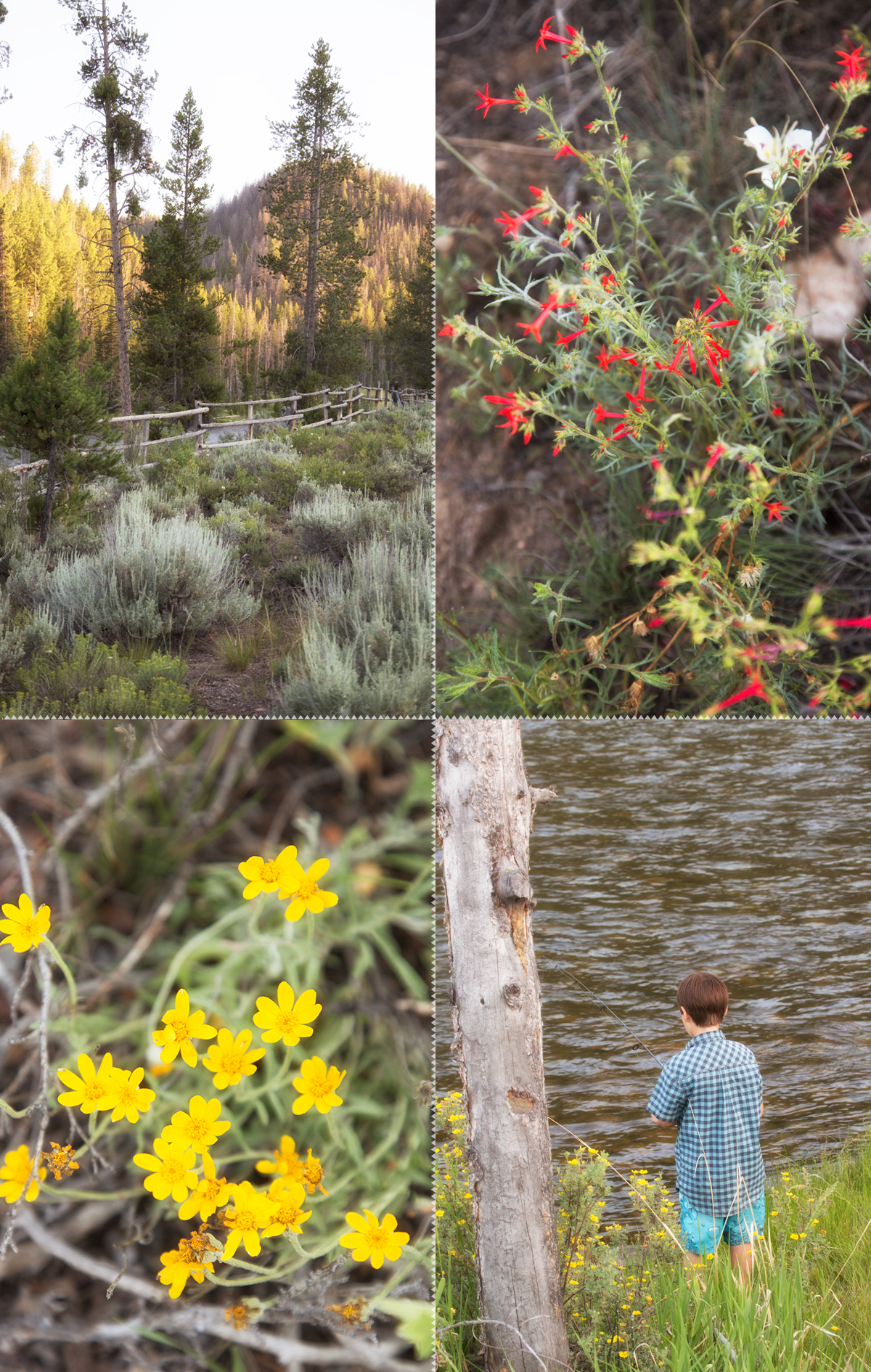 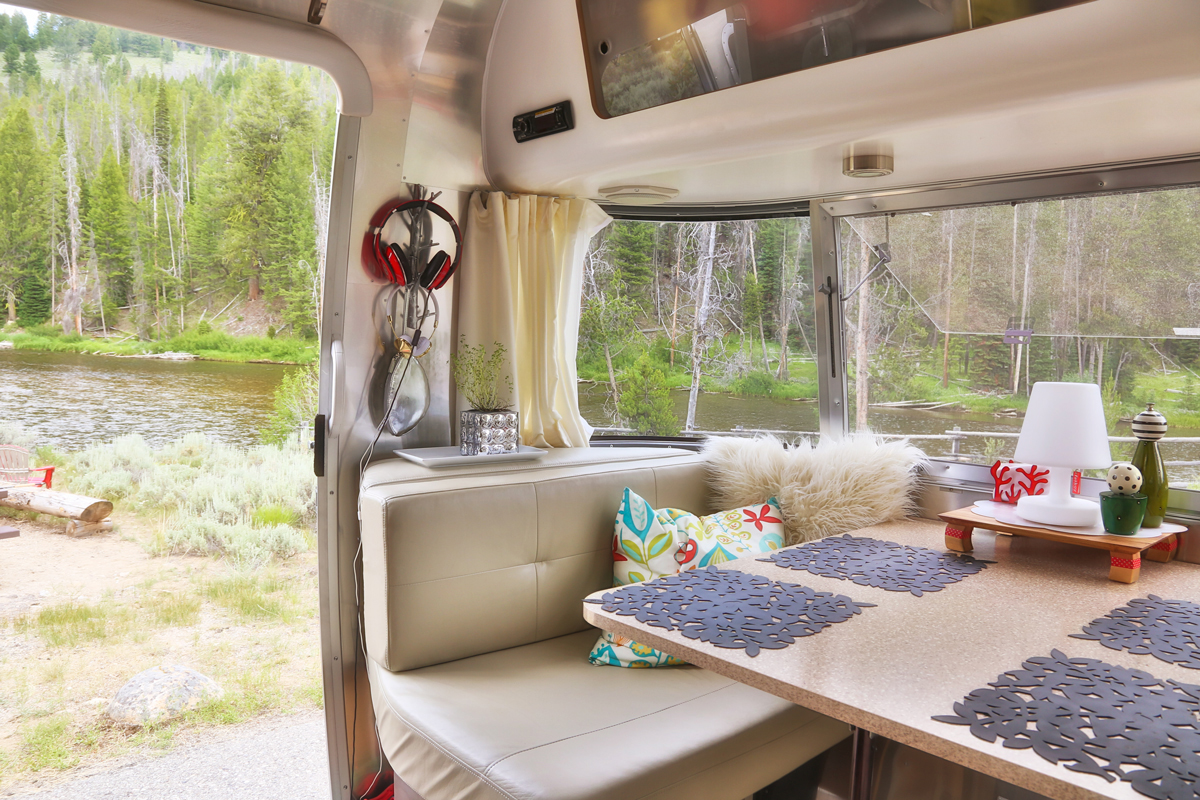 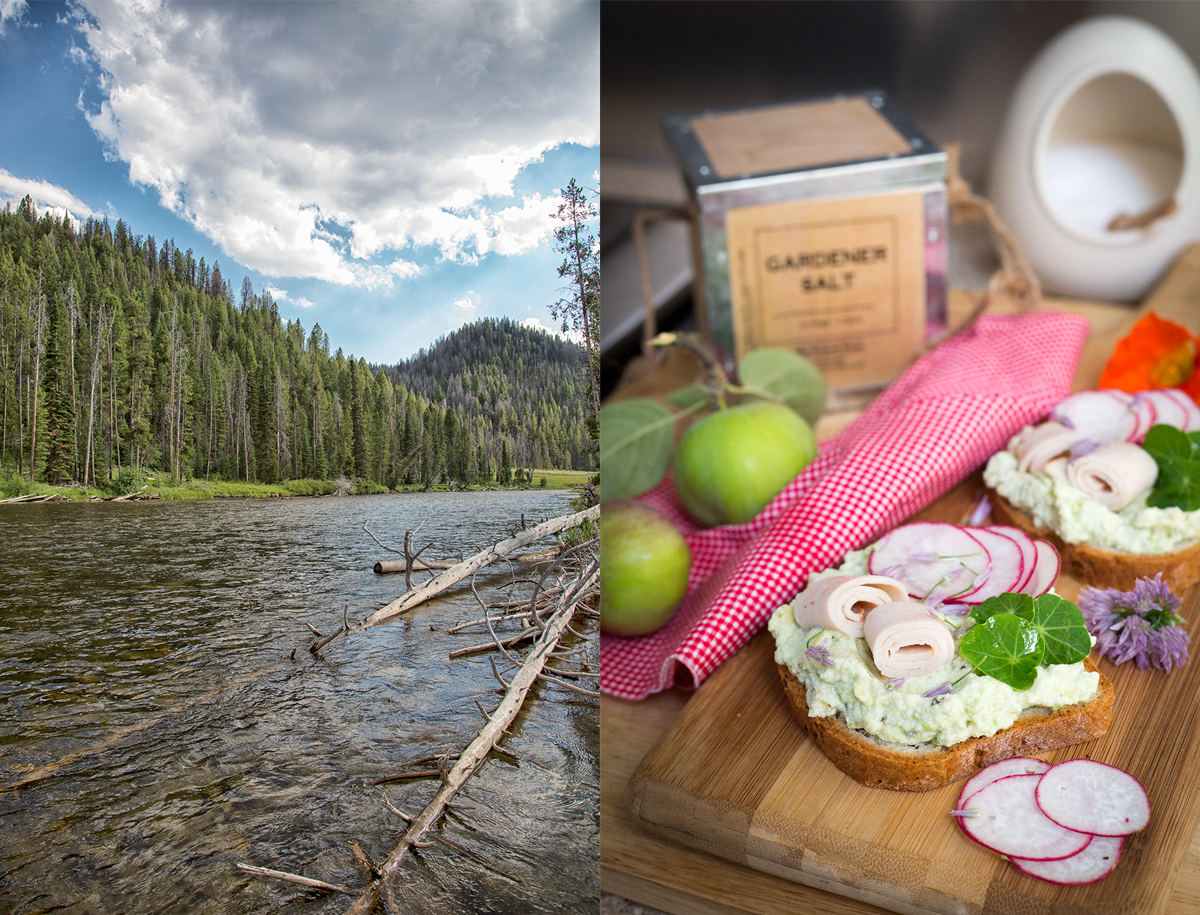 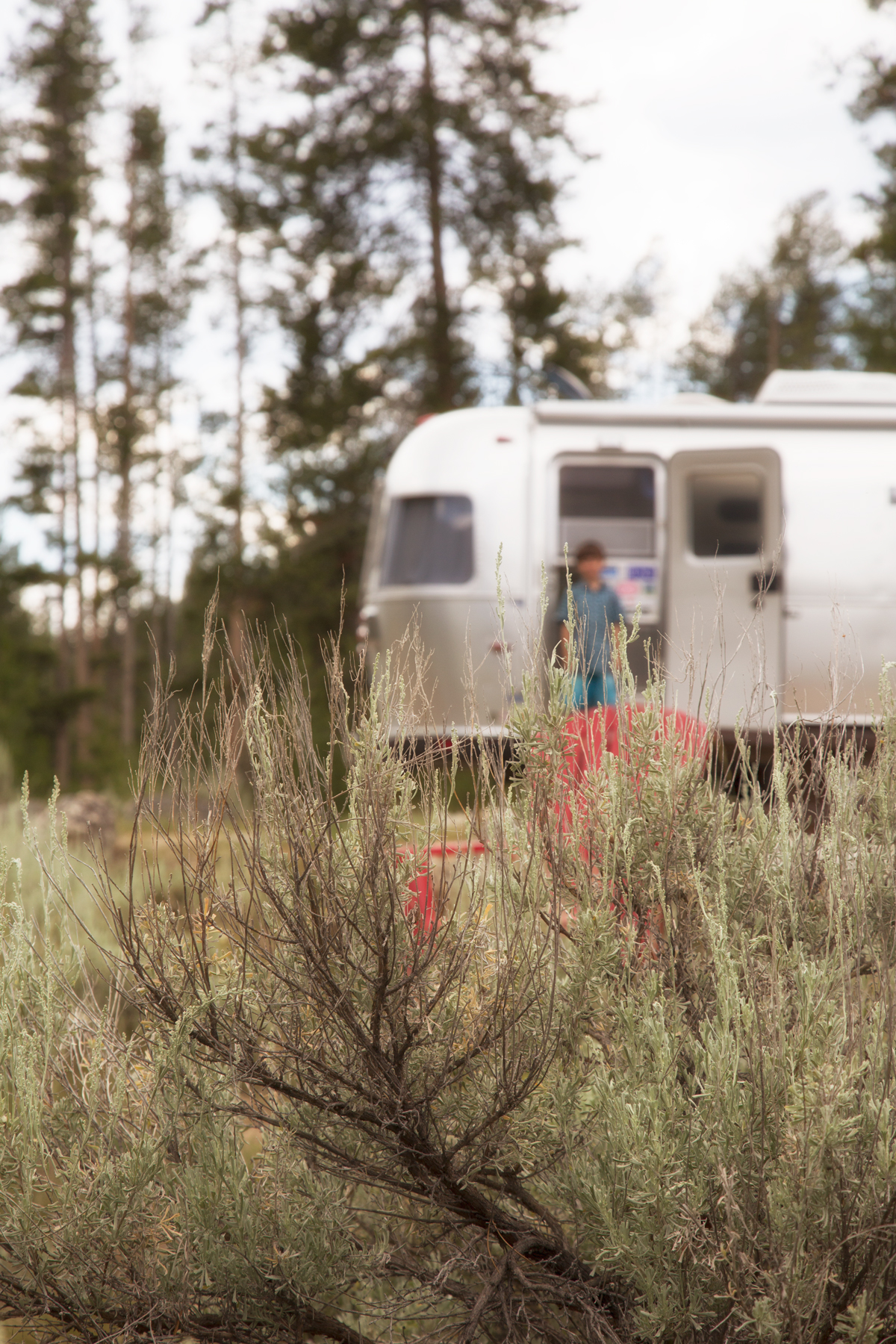 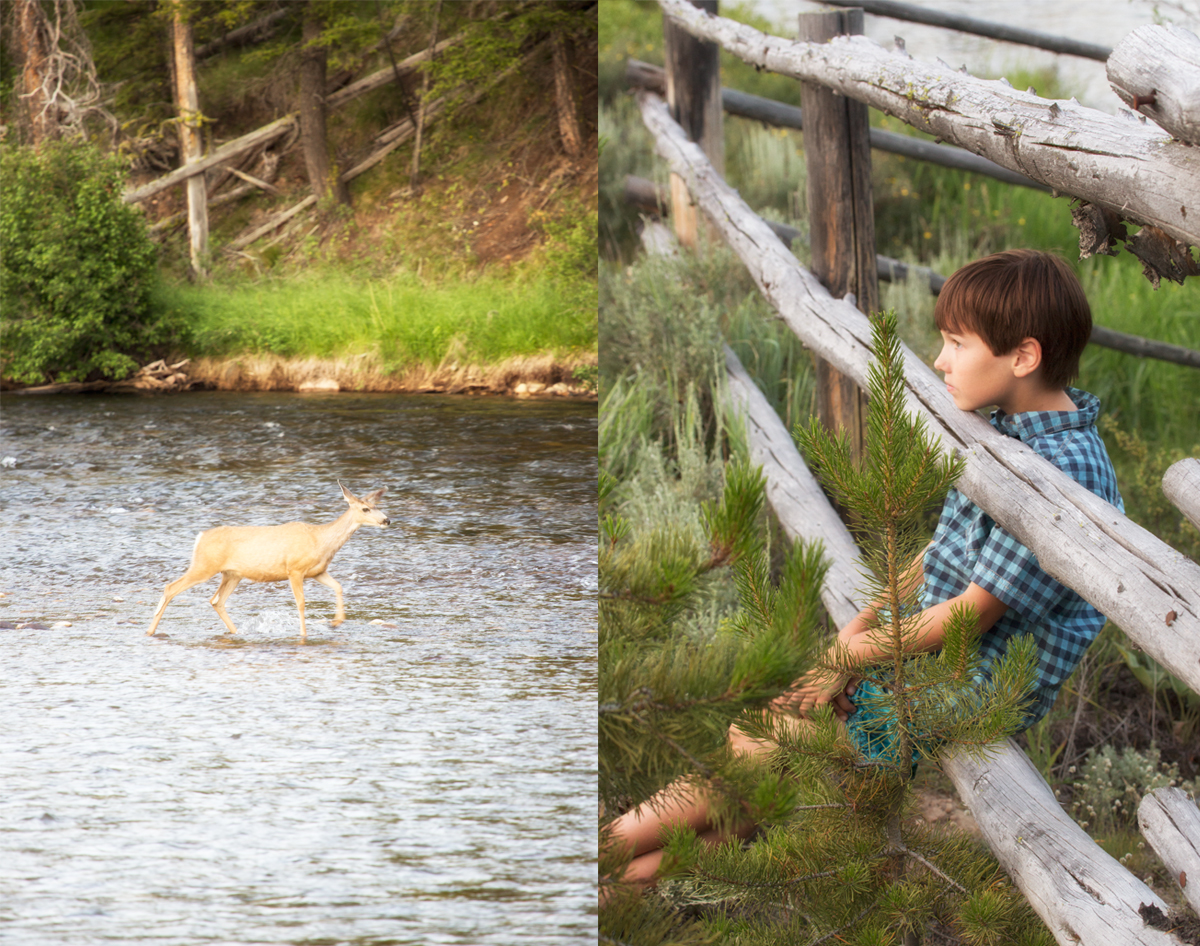 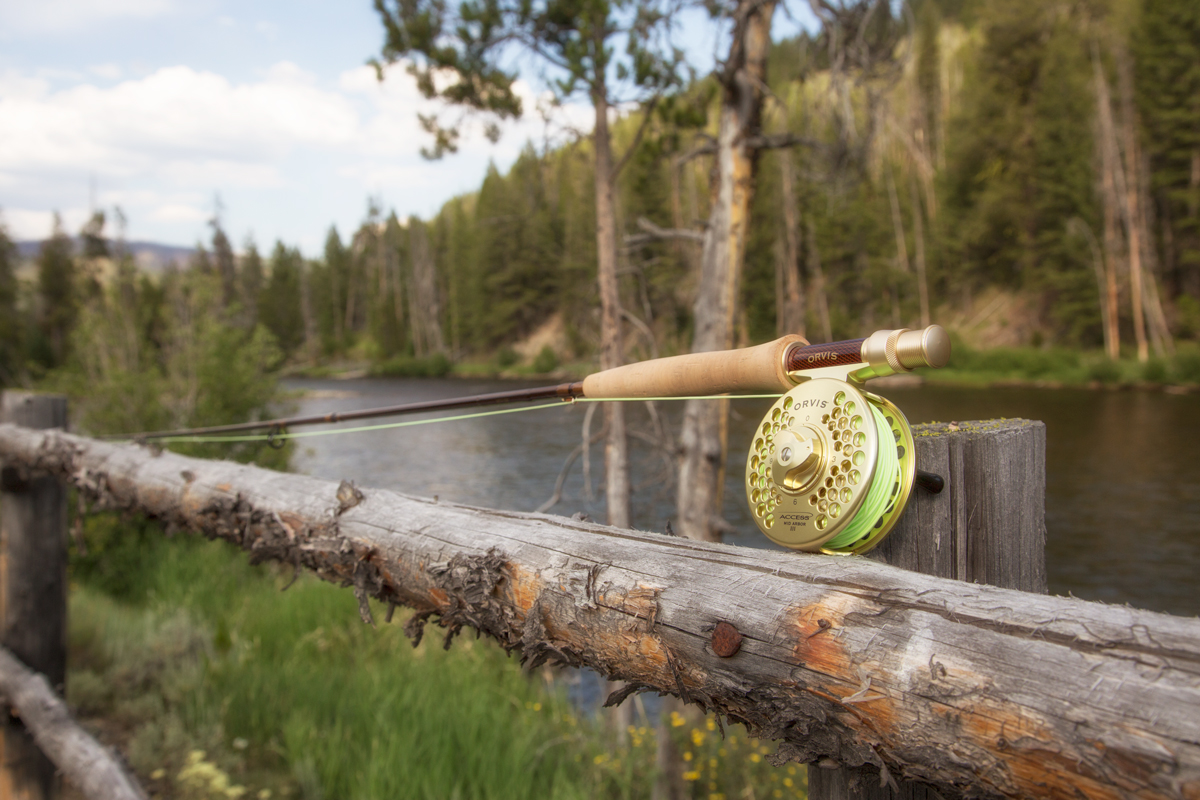 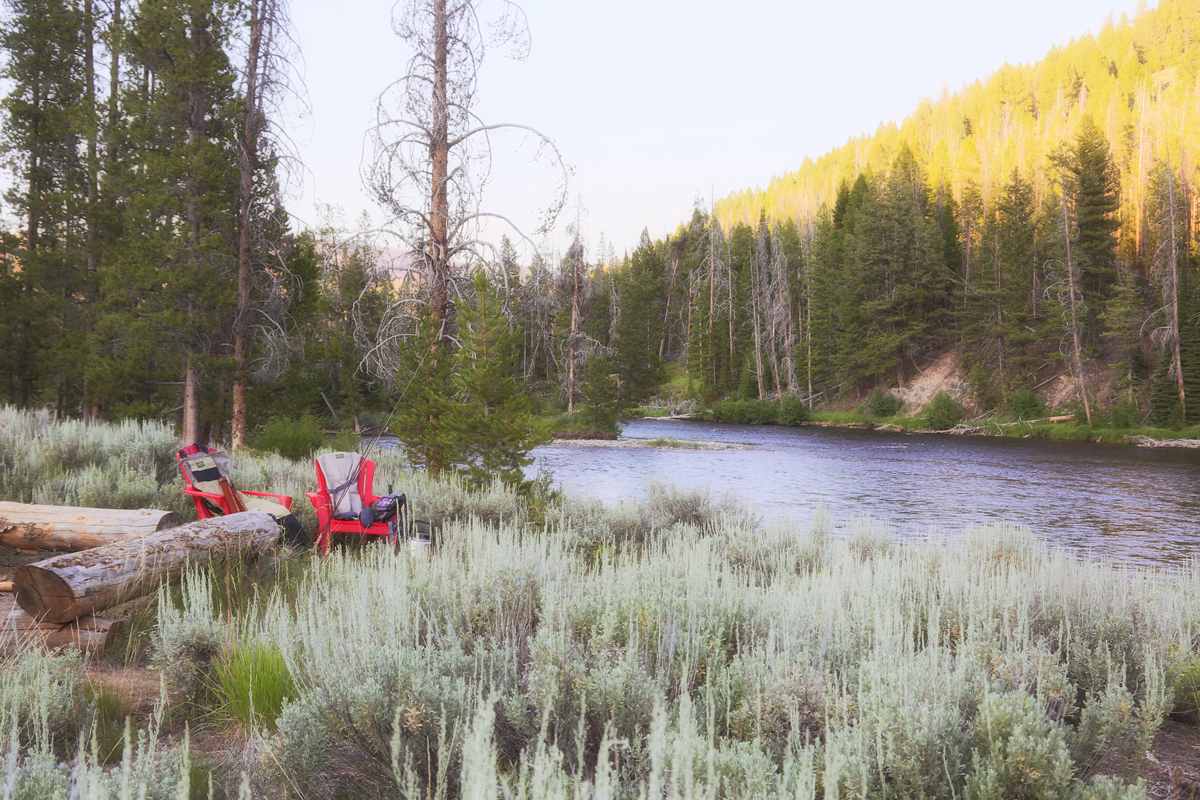 As the day went on, we fished, explored and I met the sweetest park ranger ever.  Too bad I can’t remember his name :(  But he had such a kind soul.  I will never forget him.

He walked with me and talked with me and told me so many things about the Salmon River Campground.  He had suggestions coming non-stop for things that we should do with B and places we should take him.  He was so animated too!  He used his hands and arms to describe places with such excitement!  He took his time to give me maps and to outline points of interest and even though I am easily confused with following a map, he had patience with me and explained exactly where we should go carefully outlining the route with his green marker.

That was it.  I mean, that was it !  I think we talked for a good hour from there and he told me about the monster sized Morels one can find during a deep hike in the mountains beyond the river.

I told him about my story — in the past — where I have gone hunting for Morels but never had any luck.  I even almost got into some trouble once hunting for them (I was in the backcountry and there were poachers shooting and for a moment, I was so afraid for my life — and Buddy’s life too {my yellow lab who was with me} but we made it out okay and from then I stopped hunting for mushrooms.

While I was telling him that story he was listening so carefully to me.

“Wait a second — I’ll be right back,” and into his trailer he went.  Moments later he reappeared carrying a handful of something — I couldn’t tell — he was too far away but then he came closer and the little objects in his hands became clearer to me.

And those precious Morels — I still have them — I didn’t want to use them yet.  I’m saving them for something special because they came from such a special person.

Someone I will never, ever forget. 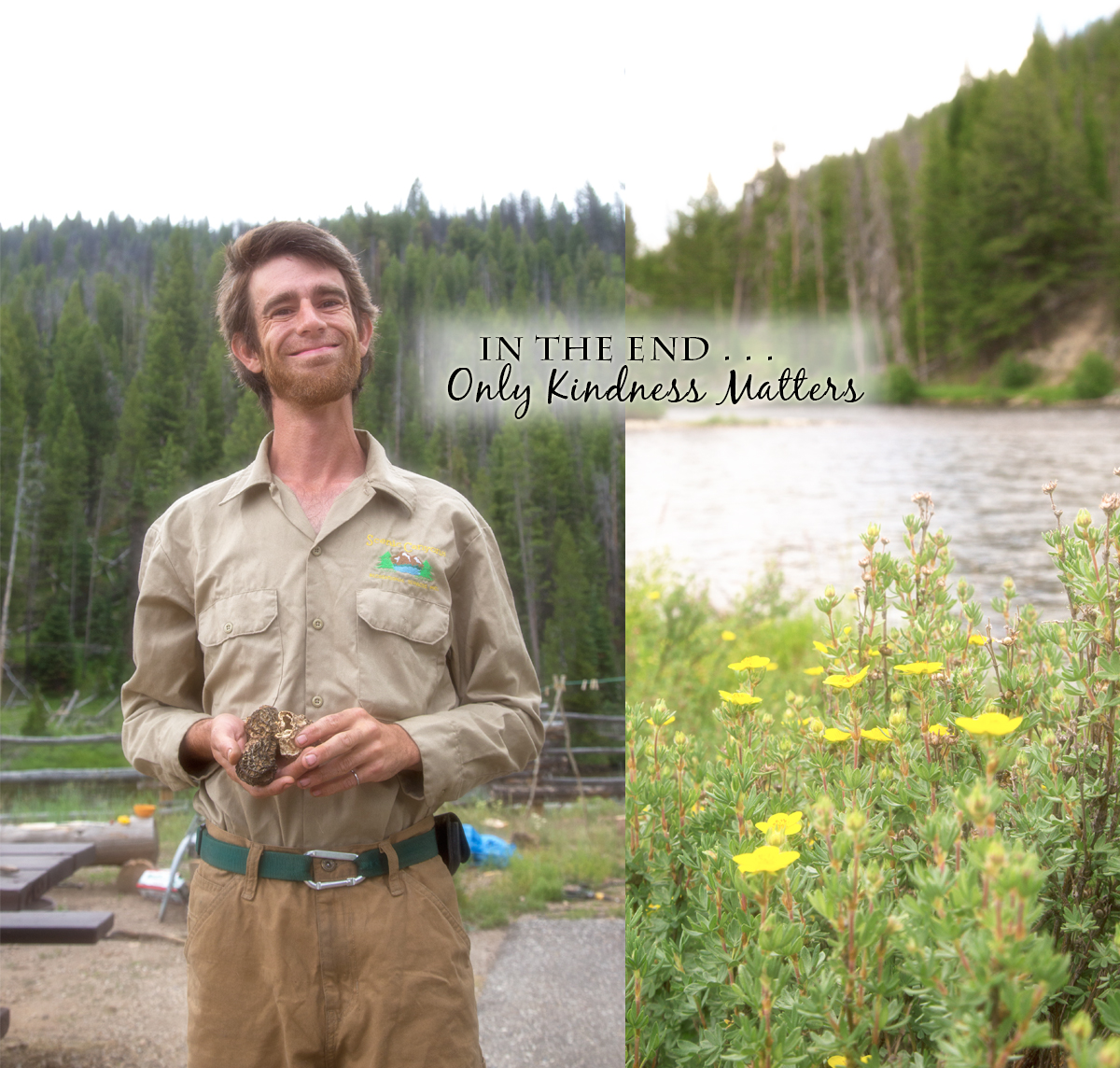 As evening approached we had our ritual campfire, dinner (tartines again — yes) and fell asleep to the sound of the rushing Salmon River. 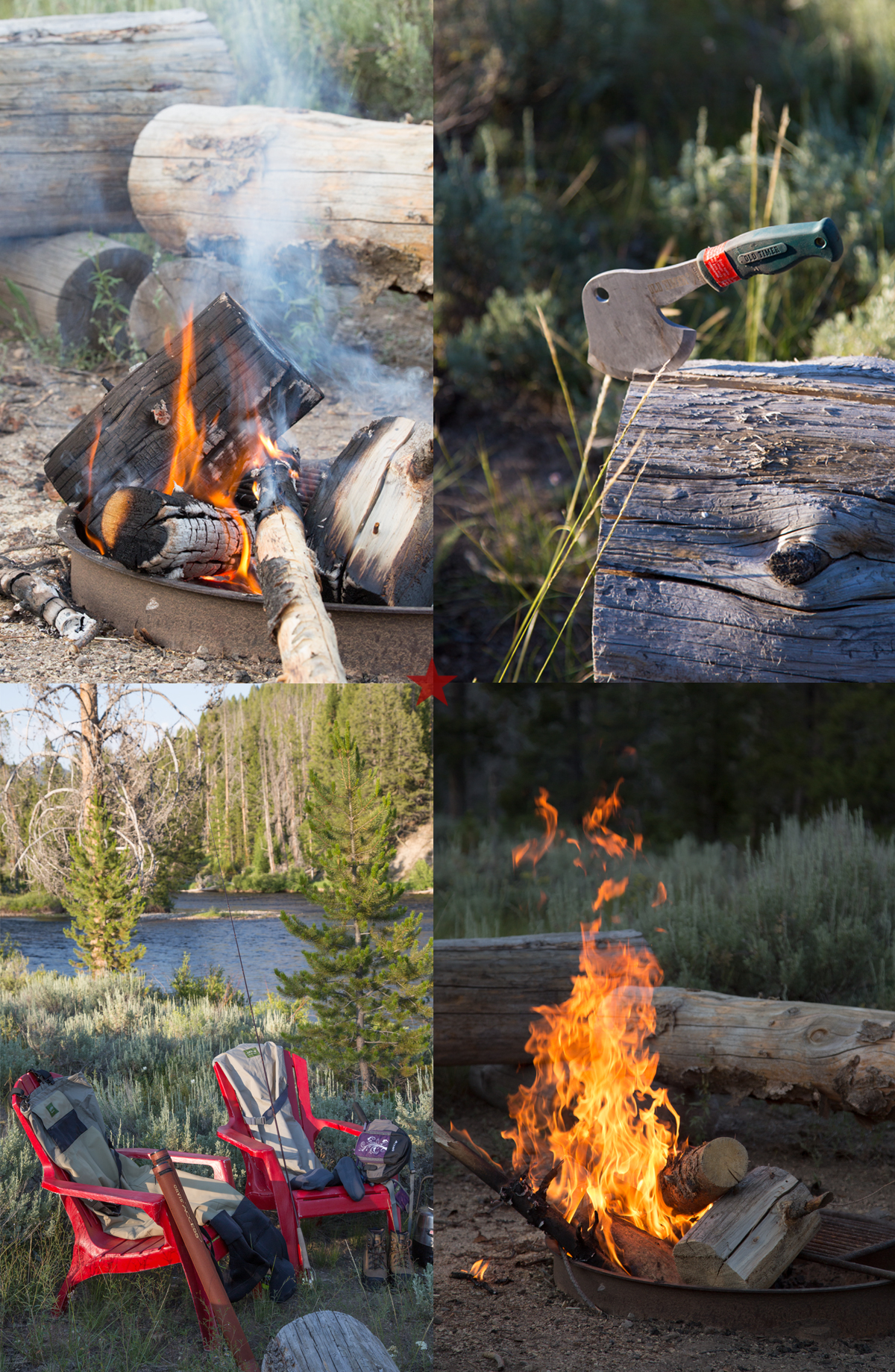 What a beautiful campground this was. 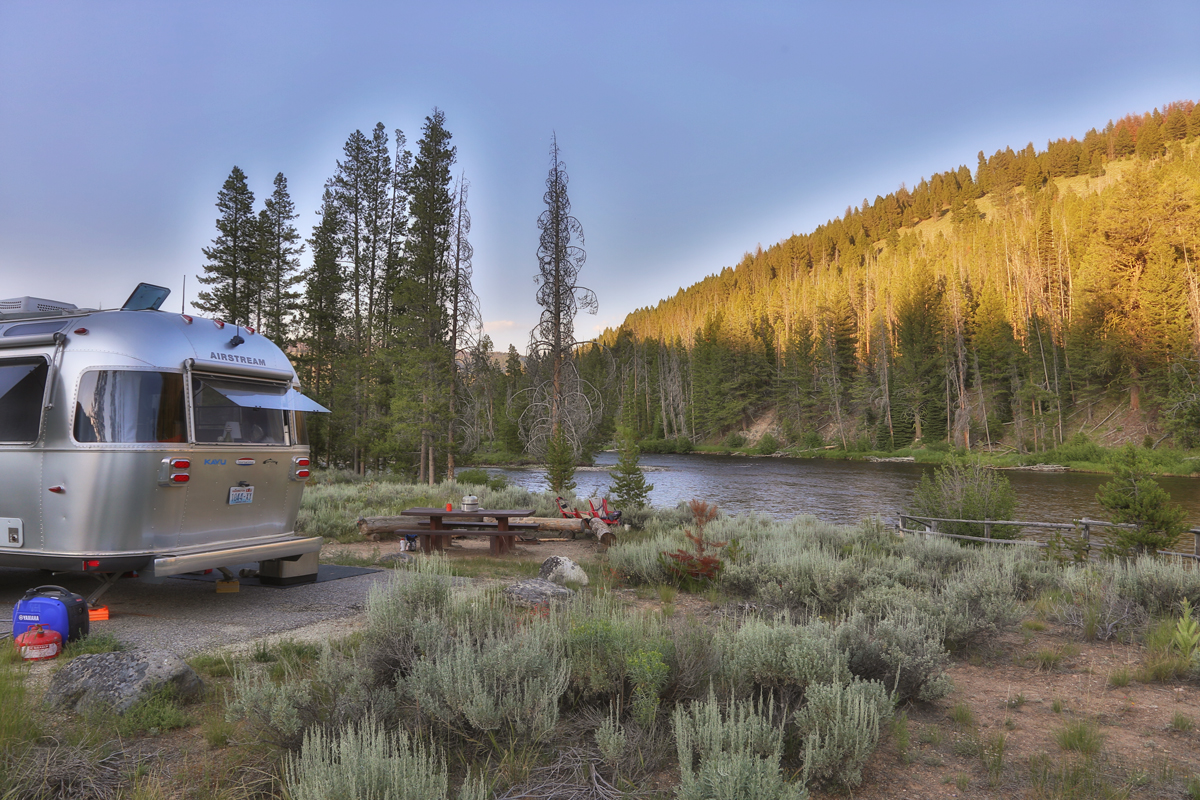 { Recipe inspiration for the skillet pull apart bread came from here.  I wasn’t crazy about all the sugar used in the recipe so instead of dipping each roll in the sugar mixture, I just lightly sprinkled the sugar mixture on top of the rolls once they were all stuffed and when they came out of the oven I sprinkled a few more chocolate chips on top. }

7 Responses to “The Salmon River Campground in Stanley, ID ★”